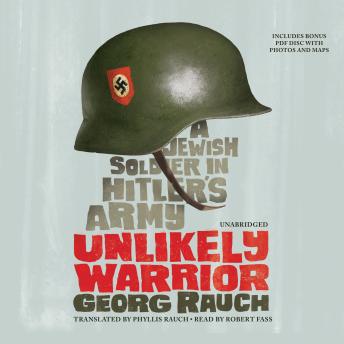 An astounding memoir about a Jewish teenager forcedto become a German soldier
As a young adult in wartime Vienna, Georg Rauchhelped his mother hide dozens of Jews from the Nazis behind false walls intheir top-floor apartment and arrange for their safe transport out of thecountry. His family was among the few who worked underground to resist Nazirule. Then came the day he was shipped out to fight on the Eastern front as partof the German infantry-in spite of his having confessed his own Jewishancestry. Thus begins the incredible journey of a young man thrust unwillinglyinto an unjust war, who must use his smarts, skills, and bare-knuckleddetermination to stay alive in the trenches, avoid starvation and exposureduring the brutal Russian winter, survive more than one Soviet labor camp, andtravel hundreds of miles to find his way back home.