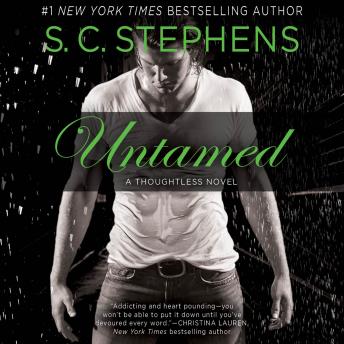 #5 of A Thoughtless Novel

'Addicting and heart-pounding-you won't be able to put it down until you've devoured every word.' -- Christina Lauren, New York Times bestselling author

The spotlight doesn't only shine. Sometimes, it burns.

Being the bad-boy bassist for the world's hottest band has earned Griffin Hancock some perks: a big house, a fast car, and most importantly his incredible wife Anna. The one thing it hasn't brought him is the spotlight. Anna tells him to be patient, that his talent will win out. But Griffin is through waiting for permission to shine.

Without warning, Griffin makes a shocking decision and takes the gamble of a lifetime. Suddenly he's caught up in a new level of lights, cameras, and chaos--one that pushes his relationship with Anna to its limits. Anna has always found his unpredictable behavior sexy, but lately he's seen an ache in her eyes, and it has his soul in knots. Just as the recognition Griffin seeks is finally within reach, the thing he loves most in life could be slipping through his fingers . . .

This was a nice addition to the series with more depth than I expected. Griffin finally grows up and learns that love is the core of all things worth while.