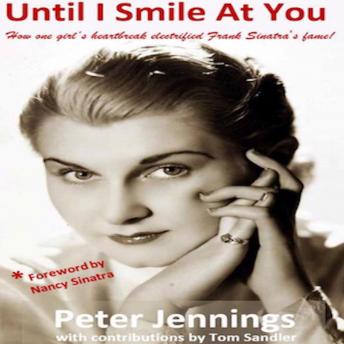 'Until I Smile At You': How one girl's heartbreak electrified Frank Sinatra's fame

“Until I Smile At You” is a biography/memoir profiling one of the 20th century’s most enduring musical talents: Ruth Lowe, who overcame her grief by writing the song that launched Frank Sinatra’s career into the stratosphere in 1940, “I’ll Never Smile Again”. As Nancy Sinatra writes in the Foreword, “There’s a reason why ‘I’ll Never Smile Again’ has endured: it was a perfect song, interpreted by the perfect singer, at the perfect time.” The book details how Ruth managed to defeat the roadblocks that threatened her life, adopting a fearless attitude by overcoming challenges that might otherwise have broken her soul. And in today’s era of women claiming their full rights, “Until I Smile At You” also reveals Ms. Lowe as one of the earliest liberated females who worked in a man’s world (Tin Pan Alley) and never let her gender, nor her attractive good looks, get in the way of her outstanding talent. That’s why she’s been called, “One of the Architects of the American Ballad”, she is the recipient of a Grammy Award, her songs have been inducted into the Canadian Songwriters Hall of Fame, her signature tune has been selected as one of the best pop songs of all time and she’s soon to be added to the Great American Songbook Foundation Hall of Fame.

“Until I Smile At You” opens up Ruth’s life for the first time, revealing her “on the road” adventures across North America as a member of the all-female band, Ina Ray Hutton’s “Mellowdears”. We also read about luminaries whom the author interviewed and who cast a warm glow on Ruth’s talents such as Bernie Taupin (Elton John’s lyricist), Sir Tim Rice (lyric writer for Andrew Lloyd Webber), Alan Bergman (award-winning songwriter for Barbra Streisand, Sinatra, etc.), the late Frank Sinatra Jr., music historian Chuck Granata, Sinatra biographer James Kaplan, singer David Clayton-Thomas, etc.