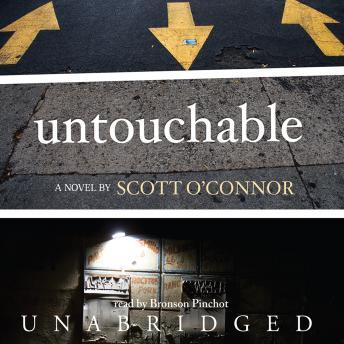 It is the autumn of 1999. A year has passed since Lucy Darby’s unexpected death, leaving her husband David and son Whitley to mend the gaping hole in their lives. David, a trauma-site cleanup technician, spends his nights expunging the grisly remains of strangers, helping their families move on, though he is unable to do the same. Whitley—an eleven-year-old social pariah known simply as the Kid—hasn’t spoken since his mother’s death. Instead, he communicates through a growing collection of notebooks, living in a safer world of his own silent imagining.
As the impending arrival of Y2K casts a shadow of uncertainty around them, their own precarious reality begins to implode. Questions pertaining to the events of Lucy’s death begin to haunt David while the Kid, who still believes his mother is alive, enlists the help of his small group of misfit friends to bring her back. As David continues to lose his grip on reality and the Kid’s sense of urgency grows, they begin to uncover truths that will force them to confront their deepest fears about each other and the wounded family they are trying desperately to save.