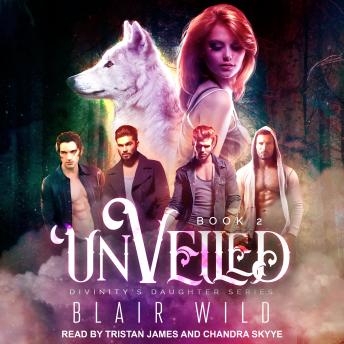 Ava not only has to gain the trust and support of Ravenwood, the shifter wolf pack she now leads, but also try to garner the favor of other packs to forge a battalion against the Archigos, the largest and strongest pack on the Northern Continent.

Vincent Titus, the Alpha of the Archigos, is trying to bury a prophecy and the divine will of a Goddess. With four sexy men by her side, Ava is about to prove to him that Ravenwood will not take his challenge lying down and to not underestimate the power of a woman.

so I am not going to listen to anymore of this authors books. Which I am not happy about because I enjoyed the characters and world that she created. But I cannot stand books that do not end. this isn't a complete novel but more a middle of a book. nothing is resolved there is no ending so it is not a complete book in my mind. It's not just a cliffhanger ending its no ending.