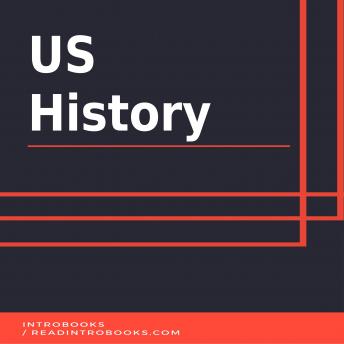 America, the super power of the world, is quiet a fascinating country for many. The cultural and ethnic diversity that it has is worth appreciation. It just doesn't make sense that how this country carries so much diversity. How so many people did even started to live together when they had such different backgrounds in the first place? If you have all these questions in your mind then this book is just meant for you. You will get all your answers here. The things that we have mentioned here are:
The pre-coumbian time periodAll about the colonial periodWhat were the colonies that were presentHow did these colonies even formAll about the events that happened in the eighteenth centuryThe formation of the American republicInitial years of the republicHow it evolved with timeEvents that happened during the nineteenth centuryThe progressive era of the United StatesAll that happened during the 20th centuryHow the tragedy of 9/11 happenedWhat were the consequences of this tragedyThe great recession period and its effect on the overall economyRecent events of the 21st century