Us versus Them: Race, Crime, and Gentrification in Chicago Neighborhoods 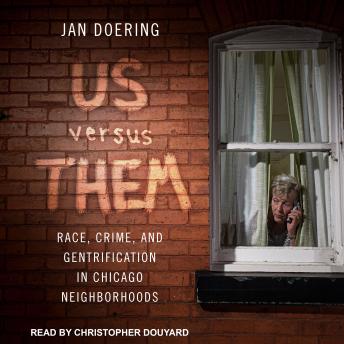 Crime and gentrification are hot button issues that easily polarize racially diverse neighborhoods. How do residents, activists, and politicians navigate the thorny politics of race as they fight crime or resist gentrification? And do conflicts over competing visions of neighborhood change necessarily divide activists into racially homogeneous camps, or can they produce more complex alliances and divisions? In Us versus Them, Jan Doering answers these questions through an in-depth study of two Chicago neighborhoods. Drawing on three and a half years of ethnographic fieldwork, Doering examines how activists and community leaders clashed and collaborated as they launched new initiatives, built coalitions, appeased critics, and discredited opponents. At the heart of these political maneuvers, he uncovers a ceaseless battle over racial meanings that unfolded as residents strove to make local initiatives and urban change appear racially benign or malignant. A thoughtful and clear-eyed contribution to the field, Us versus Them reveals the deep impact that competing racial meanings have on the fabric of community and the direction of neighborhood change.

Us versus Them: Race, Crime, and Gentrification in Chicago Neighborhoods