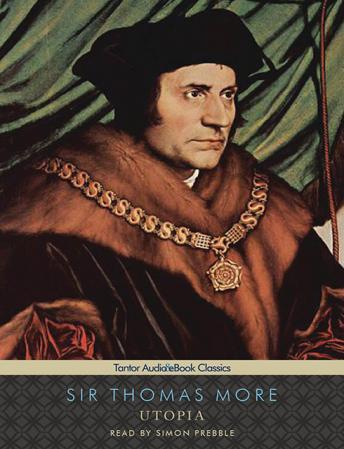 Sir Thomas More's Utopia has spurred debate, reflection, and critical thinking since its original publication in the sixteenth century. More's fictional island of Utopia provides an exploration of issues that shook him and his contemporaries and that continue to be problematic in the modern day. The details of More's utopian society, such as the permissibility of euthanasia and comments on chastity in the priesthood, combine with proposals of coexisting varied religions to put forth a work that incorporates the totality of More's religious, sociological, and philosophical talents.

This version of Utopia is the translation by Bishop Gilbert Burnet.