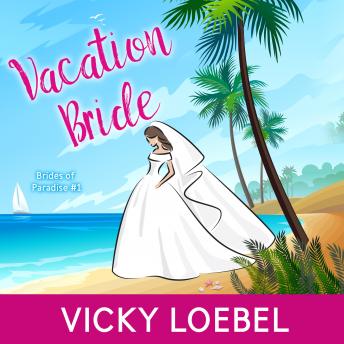 When Anna Williams lands a spot on the Vacation Bride reality show, she's hoping to give her sick father a break from the Milwaukee winter, not win a rich husband. Which is good, because the hunky maintenance man whose broad shoulders and clear blue eyes have caught her attention is neither rich nor part of the contest...is he?
Chris Andersen was a disinherited resort brat until his uncle's family crashed their private helicopter during an argument over money. Now Chris is a secret billionaire, determined to make the Paradise Resort a success on its own. To pay for improvements, he's hosting his cousin's internet reality series, Vacation Bride, a show where women compete to win a rich husband. The women are silly and the show's a lot of work, but the publicity seems worth it. At least until Chris finds out he may be entering the contest himself...as first prize....

This title is due for release on November 28, 2016
We'll send you an email as soon as it is available!