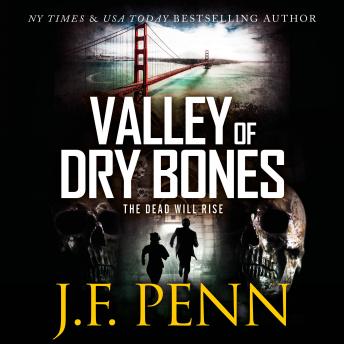 An ancient prophecy. An occult secret. The power to raise the dead. When a long-hidden tomb and a body covered in Voodoo symbols are found in New Orleans, ARKANE agent Jake Timber discovers a mystery that stretches back to the Spanish Empire and the bloody dungeons of the Inquisition.

But he is not the only one who seeks the Hand of Ezekiel. A shadowy billionaire, backed by those who seek immortality at any price, will stop at nothing to find the relics that can turn bones to living flesh.

When disaster strikes in the heart of the Louisiana bayou, Jake calls on ARKANE agent Morgan Sierra to help him once more as they race against time across the outposts of the Spanish Empire. From Madrid and Toledo to the Philippines, Peru, and on to New Orleans and San Francisco, can Morgan and Jake find the relics and stop the resurrection of the dead?

This title is due for release on January 9, 2019
We'll send you an email as soon as it is available!