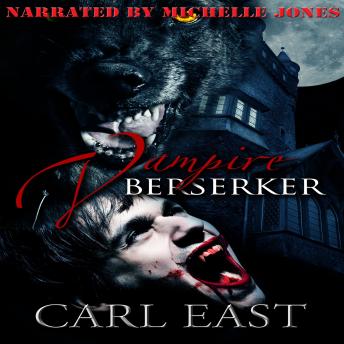 "I'll ask of the Berserkers, you tasters of vampire blood, where will you hide."

A lair of vampires search for the one they turned. The one called Johnny, allergic to human blood. They know him for what he is...a Berserker, one who feeds on the blood of vampires. Evading the lair that pursues him, he searches for a safe haven and finds others of his kind and sympathizers. Johnny and his newfound group form an unexpected alliance. One of his members has ties to a coven of witches who have been tracking their efforts to escape.

Their journey is fraught with danger. Tensions are relieved as members succumb to sexual attraction and feed each other's hungers along the way. The way may be perilous but being a vampire has its rewards. A Berserker's super strength and other gifts are surpassed only by its ability to give sexual pleasure, and maybe that will be the way to win this war.

All characters depicted are 18 or older. Enjoy.

This title is due for release on June 27, 2018
We'll send you an email as soon as it is available!