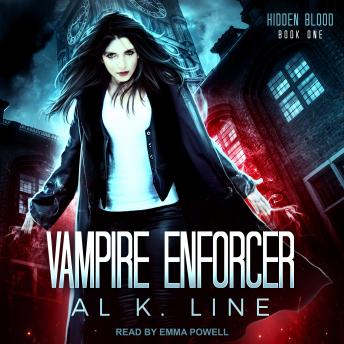 The phone rang, and like a fool I answered. Mistake number one. Then I agreed to do a job for the Hidden Council. Definitely mistake number two.

Now I've lost count of my bad choices, same as I have the bodies, as they're piling up faster than a troll after free chalk.

As I get to grips with this new magic I've been gifted, the city remains under a spell of violence, and it's down to yours truly to deal with it. But I'm a noob at this job, ill-prepared and with my own personal demons to fight.

My hunger is taking hold as the vampire nature encroaches, the need to feed impossible to resist, and my inherited magic is so volatile it's practically splitting me apart. Nevertheless, blood is being spilled and heads are getting cracked, so I must be doing something right.

I'm Kate. First Vampire Enforcer. I think I might actually be good at this.