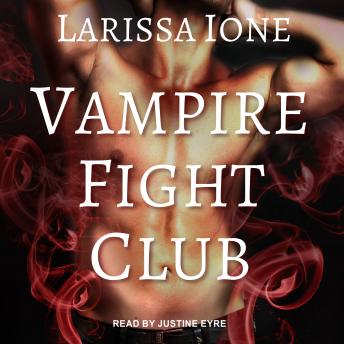 New York Times bestselling author Larissa Ione tempts you into the darkly irresistible world of Demonica, populated by angels and demons, shifters and humans, all with a thirst that must be quenched . . .

When a wave of violence that hits too close to home forces shapeshifter and underworld nurse Vladlena Paskelkov to go undercover, her first stop is a haven of vice-with a dangerously sexy vamp in charge . . .

Legendary, jaded, Nathan Sabine is the manager of Thirst, a wildly popular vampire club-and secret underground blood arena. But Nathan, a rare daywalker, possesses other, even more explosive secrets, as does his beautiful new medic, Vladlena. The one thing they can't conceal is the lust that simmers between them . . .

Now, in an underworld divided by revelry and violence, debauchery and vengeance, Nate and Lena will discover which risks are worth taking-and which desires demand surrender . . .