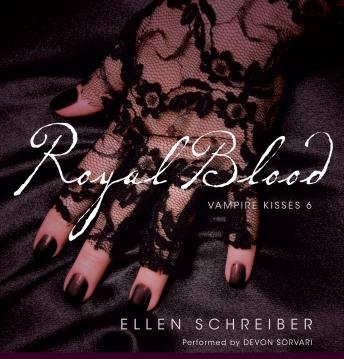 Summer break is over, and Raven is hardly eager to be returning to Dullsville High. Not only does school mean daily interaction with preppy pest Trevor Mitchell, but her sleep-filled days and romantic nights with her immortal boyfriend, Alexander, must come to an end. Plus the shock of morning classes isn't the only change in store.

An unexpected letter turns up at Alexander's mansion—announcing his parents will be coming to town. And once they arrive, just about everyone has had a sighting of the macabre couple except Raven. What could be delaying Alexander from introducing Raven to them? Could Alexander be hiding something about his parents' homecoming?

When Raven is finally invited to the most thrilling dinner party of her life, the next turn of events could transform her entire future with Alexander. The sixth book in Ellen Schreiber's bestselling Vampire Kisses series takes an unusual twist in the continuing romance of Raven and Alexander.