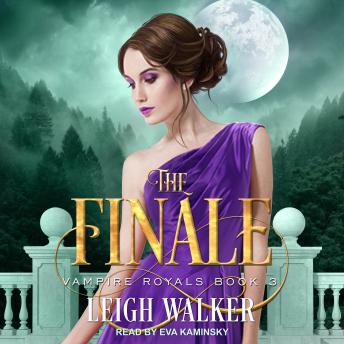 A ROYAL WEDDING IS COMING . . . BUT WHICH CONTESTANT WILL BE THE BRIDE?

Gwyneth West's a finalist in The Pageant, the dating competition that's gripping the settlements. Down to the final week, the dashing Prince Dallas Black will choose one young woman as his fiancee.

One small issue: Gwyneth's a human and the prince is a vampire. What's worse? Gwyneth's family are sworn rebels, out to take back the settlements and overthrow the crown. What's worse than that? Gwyn's own rebel brother is a prisoner in the castle dungeons, but the king and queen don't know his true identity.

Gwyneth and Dallas want to show the settlements that vampires and humans can live together in peace. But as their differences threaten to tear them apart, Gwyneth discovers her love puts the prince at risk.
How do you choose between love and duty?