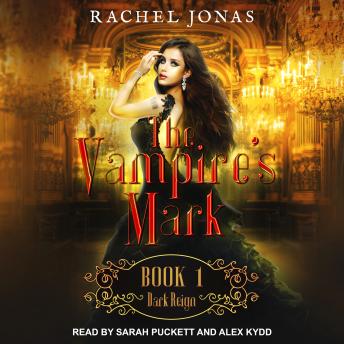 To the vampires who dominate each quadrant of the Lydian Dynasty, I'm only known as 'Blackbird'-a masked vigilante who, at nineteen, is already public enemy number one.

To what's left of humanity, I've been called a superhero, a title I neither welcome nor deserve. My only objective is to offer the enslaved what was stolen from us . . . Freedom.

However, a failed plan lands me in the last place I imagined, at the mercy of all four Dynasty princes-Julian, Levi, Roman, and Silas. They're monsters, each with a heart rumored to be as cold as his icy skin. And what's worse, thanks to the slip-up, my fate is suddenly theirs to decide.

It's up to them whether I'll swing from the gallows, and I've given them every reason to sentence me to such a fate. Yet, I felt something unexplainable when our paths first crossed. Something that gives me hope.

We should be one another's worst nightmare. Only, I'm beginning to wonder if, somehow . . . these four princes might be my saving grace.