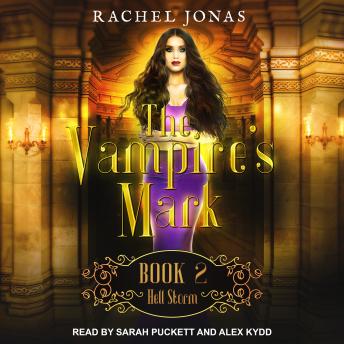 To some, having the attention of four princes might be a dream come true, but for Corina, it means four times the trouble.

Escaping burning buildings, living off scraps, being hunted by vamps-those are storms she knows how to weather. It's having the entire world observe as she and the Dynasty's golden boys engage in a blood bond that has her shaken. For all she knows, it won't even produce a cure for the mysterious blood sickness like they're hoping, which could mean she'll be put to death anyway.

And to make matters worse, as a side-effect of the bond, she finds herself falling for the very beasts she once pledged to remove from power by any means necessary.

Talk about a conflict of interest.

In the second installment of the Vampire's Mark series, will it be Corina's mission or her emotions that prevail?