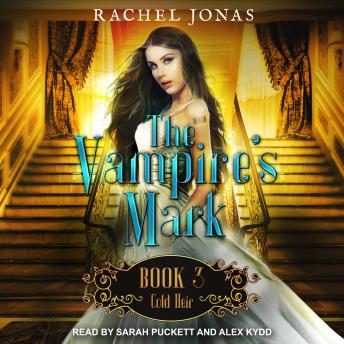 Corina agreed to the blood bond she forged with the Dynasty's princes. However, when a wicked outcast learns of the ritual's power, asking permission before staking his claim isn't a concern.

This covenant is unbreakable, regardless of who engages. Corina's aware that it will gain strength every day, and the biggest challenge will be keeping the raw emotions it evokes in perspective.

A challenge made more difficult when impulsive fantasies, involving her captor, suddenly rule her dreams.

Julian, Levi, and Silas will always fight to protect their mate, but it's possible they've underestimated Aaric-the madman himself-and the loyal army of roamers that stand behind him.

In a world where nothing is at all as it seems, Corina must decide for herself who's friend, who's foe, and how hard she's willing to fight to uncover the truth. But one burning question will haunt her until the answer is revealed.

How, exactly, does Aaric intend to use this connection against her and the princes who have stolen her heart?