The Vanishing Face of Gaia: A Final Warning 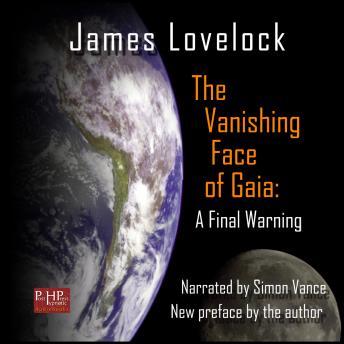 British scientist James Lovelock predicts global warming will lead to a Hot Epoch. Lovelock is best known for formulating the controversial Gaia theory in the 1970s, with Ruth Margulis of the University of Massachusetts, which states that organisms interact with and regulate Earth's surface and atmosphere. We ignore this interaction at our peril. There are factions at work today trying to convince the public that global warming is a leftwing conspiracy, a liberal hoax. They claim that scientists perpetuate this "myth" to obtain government grants, and point to "independent" scientists (usually funded by the oil industry) who refute climate change science. Dr. Lovelock may be the antidote to these claims, as he is a truly independent scientist. Lovelock, a chemist and inventor by profession and a climate activist, is not beholden to any government, university, or granting agency. Let those determined to bury their heads in the sands of right wing silliness do so. The rest of us, young and old, have work to do. Lovelock's book sets out an important agenda to follow.

This title is due for release on August 19, 2011
We'll send you an email as soon as it is available!