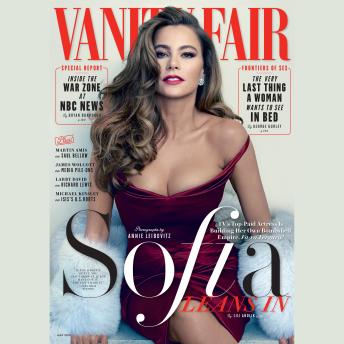 Vanity Fair is a cultural filter, sparking the global conversation about the people and ideas that matter most. With a dedication to journalistic excellence and powerful storytelling, Vanity Fair is the first choice-often the only choice-for the world's most influential and important audience. From print to social media, the big screen to the smartphone and now on audio, Vanity Fair is the arbiter of our era.

Sofía Va-va-Vergara-TV's top-earning actress on her latest film and her bombshell empire
Special Report: Inside the war zone at NBC News
Meet the man-and dolls-revolutionizing the sex-toy industry
The most famous movie never to be released
Martin Amis on Nobel Prize–winning novelist Saul Bellow
Plus: What you need to know about Jim Parsons