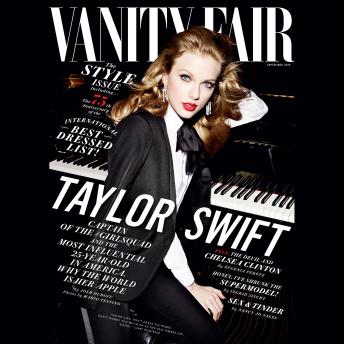 Which TV drama is Swift obsessing over?
Who does she look to for guidance?
What’s next for the star?
This month’s issue features:
Editor’s Letter: Graydon Carter’s introduction to the September issue
Why Taylor Swift is the captain of the #girlsquad
The late Ingrid Sischy on Karl Lagerfeld’s youngest muse
Chelsea Clinton’s path to power
How Tinder is changing sex and dating
Plus: Stella McCartney, Gigi Hadid, and more!