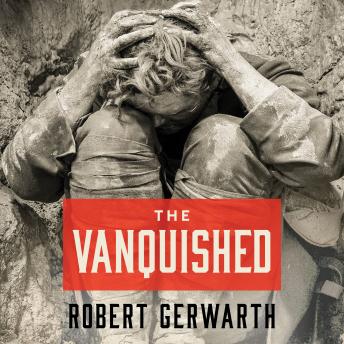 The Vanquished: Why the First World War Failed to End

In The Vanquished, a highly original and gripping work of history, Robert Gerwarth asks us to think again about the true legacy of the First World War. In large part it was not the fighting on the Western Front that proved so ruinous to Europe's future, but the devastating aftermath, as countries on both sides of the original conflict were savaged by revolutions, pogroms, mass expulsions, and further major military clashes. If the war itself had in most places been a struggle mainly between state-backed soldiers, these new conflicts were predominantly perpetrated by civilians and paramilitaries, and driven by a murderous sense of injustice projected onto enemies real and imaginary. In the years immediately after the armistice, millions would die across central, eastern, and southeastern Europe before the Soviet Union and a series of rickety and exhausted small new states would come into being. It was here, in the ruins of Europe, that extreme ideologies such as fascism would take shape.

As absorbing in its drama as it is unsettling in its analysis, The Vanquished is destined to transform our understanding of not just the First World War but of the twentieth century as a whole.

Vanquished: Why the First World War Failed to End