Vasily Grossman From The Front Line 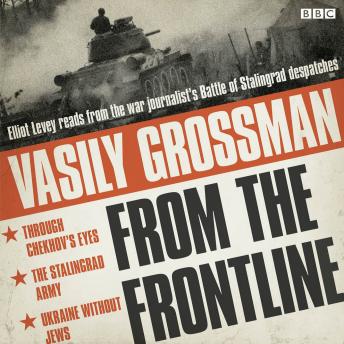 Vasily Grossman, author of Life and Fate, was transformed by his experiences as a war correspondent. Following the shock invasion of the Soviet Union in June 1941, Grossman volunteered for front line duty. Declared unfit for active service he was assigned to Red Star newspaper as a special correspondent. In these BBC Radio programmes, Elliot Levey reads three of Vasily Grossman's front line despatches. The first is a heroic and intimate portrait of a sniper, the second deals with the battle for Stalingrad and the final one details the murder of millions of Jews on Soviet soil: an account that was rejected by the military censor and only rediscovered in the late 1990s. Translators: Jim Riordan & Polly Zavadivker. Producer: Mark Burman.

Vasily Grossman From The Front Line