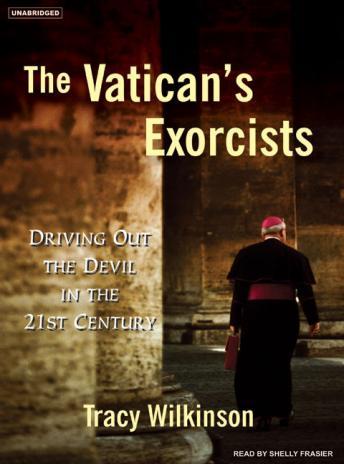 The Vatican's Exorcists: Driving Out the Devil in the 21st Century

It is one of the most ancient, arcane, and to some, embarrassing rites of the Roman Catholic Church. Yet the number of priests in Italy trained as exorcists has risen tenfold over the past decade, and they are still unable to keep up with the skyrocketing demand for their services. Award-winning foreign correspondent Tracy Wilkinson reveals that 'devil detox,' as some call it, is a booming industry, complete with motivational speakers, international conventions, and plenty of controversy. At the center of this surprising movement is Father Gabriele Amorth, an energetic octogenarian who has spent decades leading a campaign to reestablish exorcism as a regularly performed rite of the Church. Through extensive interviews with him, as well as with highly placed Church officials, scientists, and ordinary Catholics, Wilkinson reveals the profound impact of this growing trend within both the Church hierarchy and the lay community.

Vatican's Exorcists: Driving Out the Devil in the 21st Century

This title is due for release on March 12, 2007
We'll send you an email as soon as it is available!