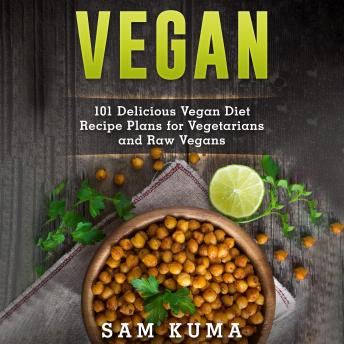 This audiobook provides a practical guide to adopting a vegan lifestyle.
If you are thinking about adopting a vegan diet, you are probably worried about the time commitment and the lack of choices. Then let this quick vegan cookbook awaken your mind. This vegan cookbook has a long list of recipes that can be done within 20 minutes. It has a list of vegan recipes that are classified by type: appetizers, snacks, sauces, desserts, beverages, etc. Yes, you can live your entire life with vegan recipes. It’s not just about salads. It can be about vegan cheese, vegan ice cream, vegan burgers, etc.
Highlights of this audiobook:
How a vegan diet improves your long-term health and benefits the ecosystem
Vegan stir-fries
Vegan smoothies
Vegan sauces
Vegan pasta
Vegan burgers and sandwiches
Vegan soups
Vegan appetizers
Vegan salads
Vegan beverages
Vegan deserts
What's special?
What differentiates this vegan cookbook from other vegan books is it lets you get from the kitchen to the table in under 20 minutes. Most similar vegan books focus on certain areas of vegan diets. This audiobook discusses all types of foods, with a focus on ensuring that no time is wasted in the kitchen.
Vegan: 101 Vegan Recipes also wants to make sure you understand just how much of a difference a vegan diet makes to the planet and to your health. No matter which of the vegan books and quick vegan recipe books you choose, I would be glad to have you healthy and save the environment by adopting a vegan diet plan.