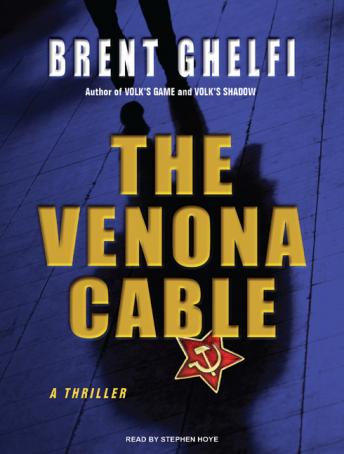 The Venona Cable: A Thriller

The past erupts into the present when the police arrest Alexei Volkovoy, known as Volk, at Moscow's Sheremetyevo Airport and take him to a murder scene. At first, the dead man appears to be just one more victim of Moscow's out-of-control violence. But Volk soon discovers that he is a famous Hollywood filmmaker whose reputation was destroyed in 1995 when the CIA released decrypted documents from the Venona cables-the top-secret American and British crypto-analysis of Soviet messages that implicated the Rosenbergs, Alger Hiss, Kim Philby, and hundreds of other Soviet spies. Tucked inside the American's pocket is a marked-up Venona intercept that refers to a Russian used as a spy by the Americans, a man who may have been Volk's illustrious father.

Aided by his female partner, Valya, Volk's only hope to clear his family name will be to solve this murder and discover how the Venona papers relate to his father's disappearance, while powerful forces want to keep him from investigating the past and to remove him from the present.