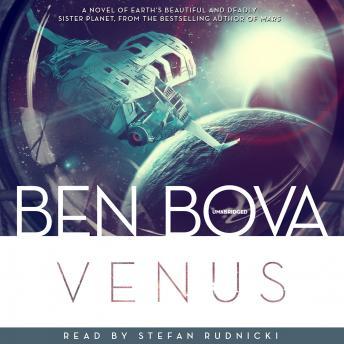 The surface of Venus is the most hellish place in the solar system, its ground hot enough to melt aluminum, its air pressure high enough to crush spacecraft landers like tin cans, its atmosphere a choking mix of poisonous gases. This is where the frail young Van Humphries must go—or die trying.

Years before, Van’s older brother perished in the first attempt to land a man on Venus. Van’s father has always hated him for being the one to survive. Now, his father is offering a ten-billion-dollar prize to the first person who lands on Venus and returns his oldest son’s remains. To everyone’s surprise, Van takes up the offer. But what Van Humphries will find on Venus will change everything—our understanding of Venus, of global warming on Earth, and his knowledge of who he is.