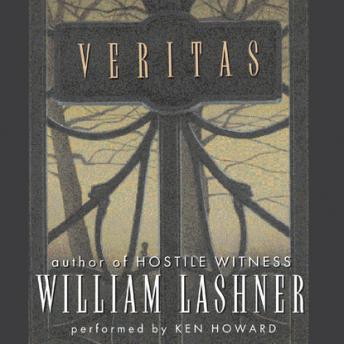 'I suppose every hundred million dollars has its own sordid story and the hundred million I am chasing is no exception...' So begins Veritas, William Lashner's riveting follow-up to his bestselling debut novel, Hostile Witness. Victor Carl -- lawyer, loser, hapless hero of Hostile Witness, and a Philadelphian way out of his element -- has come to the sweat-drenched jungles of Belize to chase his fortune. Finding it is something else entirely.

Coerced into defending an unpleasant parade of mob enforcers, two-bit hoods, and other Philadelphian riffraff, Carl wants out of his shabby, squalid life more than ever. So when a terrified young woman offers Carl an unusual -- but substantial -- proposition, he leaps at the opportunity to trade in his grubby existence for a life of wealthy excess.

The job -- proving that the recent suicide of wealthy Philadelphian heiress Jacqueline Shaw was not a suicide at all but murder -- plunges Carl into an eerie shadow world, where events buried deep in the past exert an awful weight in the present, a world of overturned gravesites, gruesome secrets, and a haunted, lonely estate that houses the broken and dying heirs of a once-powerful family.

Simultaneously caught up in an exploding mob war and the machinations of an avaricious cult, Carl realizes too late that he's in way over his head, as he races against time to collect his fee and get out alive. As Carl edges closer to the truth, a truth that is concealed in the mists of a bygone era and now awaits him in the rainforests of Belize, he learns firsthand that the most terrifying darkness crouches not in the heart of the jungle surrounding him but in the deepest yearnings of the human soul.