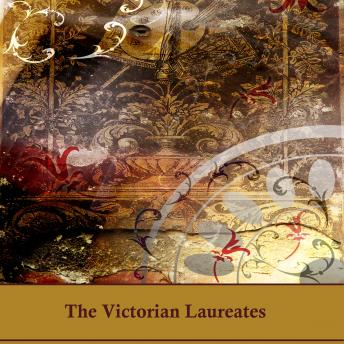 The office of Poet Laureate goes back many centuries – informally to the time of Geoffrey Chaucer in 1389 and followed thereafter by a number of ‘volunteer laureates’. It was formally assigned to Ben Jonson in 1617 and, as a Royal office by letters patent in 1670, to John Dryden. It is a rich, rewarding history that bursts with the words, themes and visions of many great poets that has bound poetry and poets to a Nations soul.Victoria’s reign is mainly remembered as that which harnessed and amplified The Industrial Revolution with its myriad of inventions and the reinvention of society from agricultural to manufacturing. From there its thirst for markets and raw materials created a massive ‘Age of Empire’ that bestrode the globe yet, in its wake, left many in its homeland, destitute, impoverished and bereft of the advantages it trumpeted on a world stage. In the Arts its artists flourished, exhibiting and publishing abroad working in new techniques and new media. In literature such noted talents as Dickens, Trollope, Thackeray, the Bronte sisters and many, many others were ambitious and acclaimed. In Poetry we were spoilt for choice; the Brownings, Matthew Arnold, Coventry Patmore, Thomas Hardy, Rudyard Kipling, an endless succession of wordsmiths. Those Laureates appointed in Queen Victoria’s reign to represent the Nation are three in number and quite simply are staggering in both verse and talent: William Wordsworth, Alfred Lord Tennyson and Alfred Austin.