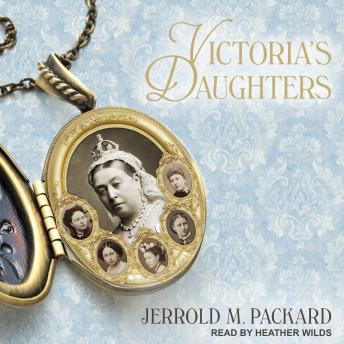 Vicky, Alice, Helena, and Beatrice were historically unique sisters, born to a sovereign who ruled over a quarter of the earth's people and who gave her name to an era: Queen Victoria. Two of these princesses would themselves produce children of immense consequence. All five would curiously come to share many of the social restrictions and familial machinations borne by nineteenth-century women of less-exulted class.

Principally researched at the houses and palaces of its five subjects in London, Scotland, Berlin, Darmstadt, and Ottawa-and entertainingly written by an experienced biographer whose last book concerned Victoria's final days-Victoria's Daughters closely examines a generation of royal women who were dominated by their mother, married off as much for political advantage as for love, and finally passed over entirely with the accession of their brother Bertie to the throne. Jerrold M. Packard provides valuable insights into their complex, oft-tragic lives as daughters of their time.