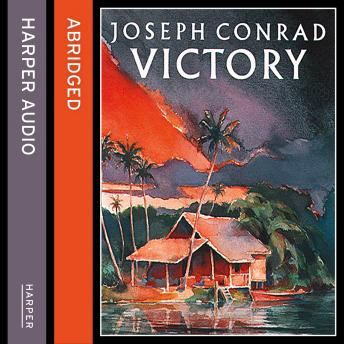 
‘The girl he had come across … that human being so near and still so strange, gave him a greater sense of his own reality than he had ever known in all his life.’


Damaged by his father’s nihilistic philosophy, Axel Heyst has withdrawn from the world to live in near-isolation on the island of Samburan. His solitude ends when he rescues an English girl from her preying patron, but their heady existence will face tragic consequences when the outside world intrudes once more.


This Collins Classics edition is published to coincide with the 100th anniversary of this remarkable novel.