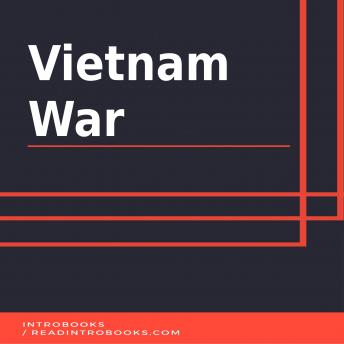 The Vietnam War is also referred to as the Second Indochina War. There was chaos and unrest in Vietnam for 20 years. The war began in 1955 and ended only in 1975. It was a long costly decisive war which was fought between South Vietnam and its allies principally United States of America against the communist government of North Vietnam. Millions lost their lives most of who were the Vietnamese civilians. The dragging war caused much opposition in America and other countries who participated in the war. American soldiers were pulled out of the war before it actually ended but America continued to support South Vietnam financially. This was the only war America ever lost. This was the first time in history that United States failed to be victorious in their military actions - it continues to be a highly controversial topic. The Republic of South Vietnam was eventually taken over by North Vietnam.