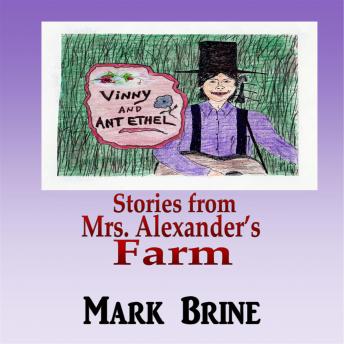 Story 1: 'If Ants could Talk!' - Vinny, a folksinging Country boy goes to the big city. There in the huge City Park, he encounters a talking Ant (Ant Ethel). She inspires him to write a song that tells children not to purposely step-on Ants (or hurt any animals).. They become a famous singing team with a big hit record ('If Ants could Talk!') and travel the world promoting their message.

Story 2: 'There's A Goose in Mrs. Alexander's Kitchen' - Vinny ('n Ant Ethel...being the main characters of all these stories, etc.) tells of his childhood on 'Mrs. Alexander's Farm'. As a boy, he has a terrible habit of leaving the screen door open.. which Mrs. A has often warned him not to do. After a fishing trip, he returns to see exactly why she has told him to keep it closed! The moral?.. Punishment is for a good reason!

Story 3: 'The Tale of the Troll 'n Me' - Vinny's boyhood account of meeting a Troll; under a bridge, that no one else would ever cross over. Sometimes things are not what they appear to be!.. 'n Not all strangers are sinister.. But, still, we always must be cautious!