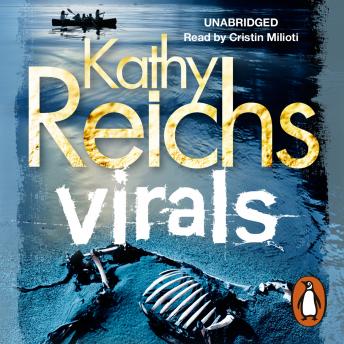 Fourteen-year-old Tory Brennan is as fascinated by bones and dead bodies as her famous aunt, acclaimed forensic anthropologist, Tempe Brennan. However living on a secluded island off Charleston in South Carolina there is not much opportunity to put her knowledge to the test. Until her and her ragbag group of technophile friends stumble across a shallow grave containing the remains of a girl who has been missing for over thirty years. The question is, did whoever was responsible for the girl's death have anything to do with the sick puppy they rescued from a secret laboratory on the same island?

With the cold-case murder suddenly hot, Tory realises that they are involved in something fatally dangerous. But events take a turn for the bizarre when they escape some would-be attackers by using physical powers more akin to a dog than a human... Could the puppy hold the key not only to the murder, but also the strange changes that are taking place in their bodies?

This title is due for release on January 10, 2013
We'll send you an email as soon as it is available!