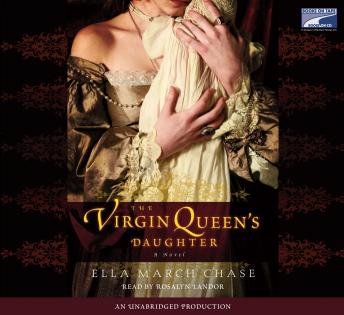 Tucked away in the country estate of her beloved father, Lord Calverley, young Nell de Lacey feeds her hungry mind with philosophy, language, and studies of science. Her mother, once a devoted lady-in-waiting to Henry VIII’s last wife, Katherine Parr, would rather her daughter stop dabbling in the grand affairs of men and instead prepare for her eventual duties as a wife.

But Nell’s heart yearns for something more, and a chance meeting with Princess Elizabeth, then a prisoner of the Tower of London, pushes her closer toward finding it. Now, years later, Nell’s chance arrives when she is summoned to serve as a lady-in-waiting to the newly crowned Queen Elizabeth.

But a lingering rumor about nine unaccounted-for months in the Virgin Queen’s past reignites when the flame-haired Nell–a mirror image of Her Majesty both physically and intellectually–arrives at court. Quickly she catches the eye not only of the cunning Elizabeth, but of those who would see the queen fail.

Absolutely excellently written and narrated. I was riveted!