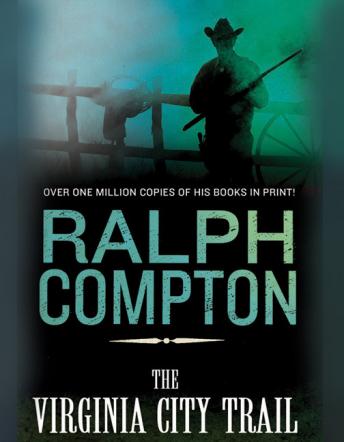 Through a thousand miles of dust, fists, and guns, they found the courage to keep on driving.
The only riches Texans had left after the Civil War were five million maverick longhorns and the brains, brawn and boldness to drive them north to where the money was. Now, Ralph Compton brings this violent and magnificent time to life in an extraordinary epic series based on the history-making trail drives.
The Virginia City Trail
With a dream of building a ranching empire in Montana, Nelson Story sets off on one of the most extraordinary journeys in frontier history. By his side was a bunch of misfits and renegades-hard-fighting, war-bitten Texans with nothing left to lose. On his tail as the worst kind of enemy-brutal outlaws fixing to bleed his trail drive dry. Pushing his way through four harsh territories and three brutal seasons, Story would defy the Union Army, get a hold of a hundred Remingtons, and take on a thousand riled-up Sioux warriors, before he reached Virginia City-and came face-to-face with the man who wanted him dead...