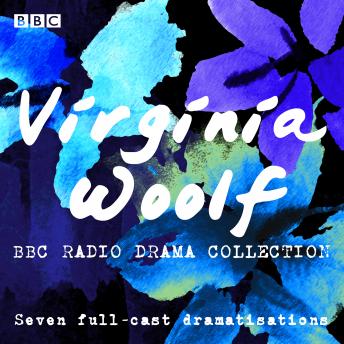 The Voyage Out
A sea voyage to South America turns into a journey of self-discovery for naïve Rachel Vinrace. Starring Laura Fraser, Rebecca Johnson and Bertie Carvel.

Mrs Dalloway
Virginia Woolf’s masterpiece charts one day in the life of Clarissa Dalloway, as she prepares to host an important party. Starring Fenella Woolgar.

To the Lighthouse
Centring around a summer home on Skye, Virginia Woolf’s landmark tale follows the Ramsay family and their guests before and after World War I. Starring Vanessa Redgrave, Juliet Stevenson and Robert Glenister.

The Waves
In this radical ‘play-poem’, six characters look back on their childhood and first forays into adulthood, and reflect on the loss of their friend Percival. Starring Geraldine James and Anna Massey.

Between the Acts
An eccentric artist devises a pageant celebrating English history – but it is 1939, and the shadow of war hangs over England’s present. Starring Sarah Badel.