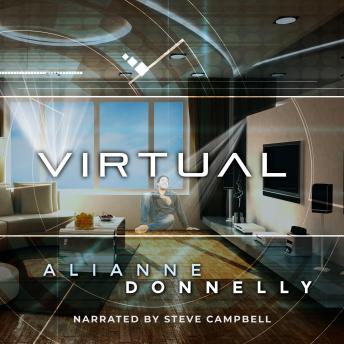 Launch day for Hearth Global’s smart house system. Techs in place, programs operational, uplinks activated. All systems go. Until one doesn’t. Ryan has a house on his roster without any record of construction, and it’s a hot mess. Actually, calling it that is an insult to hot messes everywhere. They have to inform the owner. It’ll be a PR nightmare, especially on their first official day in business, and even more so when the owner is an attorney itching to bury them in lawsuits, but it has to be done. Right? Uh, not so much. As it turns out, there’s a lot more at stake than Hearth Global’s reputation—top secret government stuff in which Ryan is now swimming up to his ears. He can’t make this software work by himself without the beautiful owner finding out something isn’t up to snuff. But what other choice does he have? The DOD is keeping tabs on the company, watching Victoria to make sure she doesn’t cause waves, and threatening to step in if anyone jeopardizes their agenda. To keep them all safe, Ryan has to buck up and take on the role of Victoria’s virtual house servant. 24-7. For as long as it takes to get the house up and running on its own. Because nothing could possibly go wrong with that…

This title is due for release on November 23, 2020
We'll send you an email as soon as it is available!