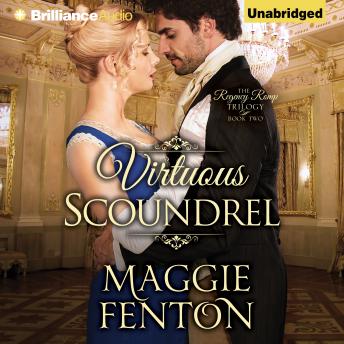 Sebastian Sherbrook, a self-proclaimed scoundrel and the newly minted Marquess of Manwaring, returns to London after his estranged uncle dies, intent on reforming his rakish image once and for all. Yet through no fault of his own, he’s soon embroiled in the biggest scandal of the Season, and his secret plans to court the only woman he’s ever wanted are in shambles.

Lady Katherine Manwaring knows her poor opinion of her late husband’s nephew isn’t about to change, even if the Times has dubbed him “The Singlemost Beautiful Man In London.” When fate casts Sebastian upon her mercy, however, she learns two shocking truths: he may not be the scoundrel his reputation suggests, and he’s hopelessly in love…with her.

But an irate squire, an even more irate dog, several dawn appointments, meddling friends, and a touch of blackmail aren’t the only things that stand in the way of their happy ending. Can Katherine accept Sebastian’s love—and will he still want her if he learns her own dark secret?