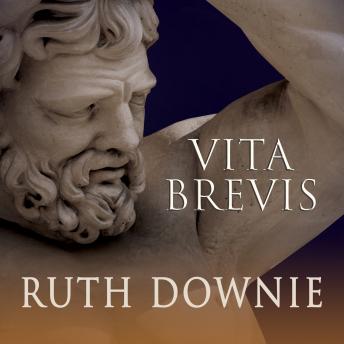 Vita Brevis: A Crime Novel of the Roman Empire

Ruso and Tilla's excitement at arriving in Rome with their new baby daughter is soon dulled by their discovery that the grand facades of polished marble mask an underworld of corrupt landlords and vermin-infested tenements. There are also far too many doctors-some skilled-but others positively dangerous.

Ruso thinks that he has been offered a reputable medical practice only to find that his predecessor Doctor Kleitos has fled, leaving a dead man in a barrel on the doorstep and the warning, 'Be careful who you trust.' Distracted by the body and his efforts to help a friend win the hand of a rich young heiress, Ruso makes a grave mistake, causing him to question both his competence and his integrity.

With Ruso's reputation under threat, he and Tilla must protect their small family from Doctor Kleitos's debt collectors and find allies in their new home while they track down the vanished doctor and find out the truth about the heiress's dead father-Ruso's patient-and the unfortunate man in the barrel.

Vita Brevis: A Crime Novel of the Roman Empire