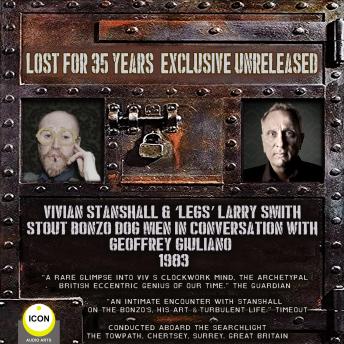 Contents:
How 'Legs' Larry Smith joined the Bonzo Dog Band.
The requirements for joining the band had far more to do with attitude than musical proficiency.
Neil Innes joins the band very early on as a keyboardist and then later switches to guitar.
A succession of unnamed transient tuba players come and go.
The introduction of Rodney Slater and Roger Ruskin Spear to the band.
Vivian was the dedicated lead singer of the group.
Live on tape, Vivian has a horrific coughing fit.
On what songs did 'Legs' Larry sing lead?
Vivian and Larry's take on the overwhelming international appeal of the song 'The Intro and the Outro'.
How Vivian came to write the song on the London Tube.
And more!
Series producer Avalon Giuliano is in New York. Produced by Alex Franchi in Milan. Edited and mixed by Macc Kay in Bangkok. Icon intern Eden Giuliano. Music by AudioNautix