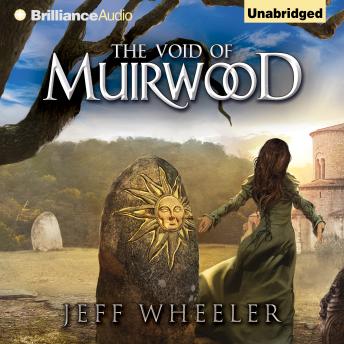 The Void of Muirwood

When banished Princess Maia is captured by her father and threatened with execution, it appears that all is lost…until the people rise in rebellion against their king. Suddenly, the cast-aside royal finds herself crowned the first Queen of Comoros. But enemies appear on all sides as her father’s conniving supporters assemble a new army against the fledgling ruler. While Maia struggles to keep the peace within her own walls, she rushes to form historical alliances with her neighboring kingdoms against an impending invasion of the ruthless Naestors—led by the cruel Corriveaux—who will destroy anyone Maia loves in order to ruin her kingdom and prevent the mastons from regaining power.

Realizing that Muirwood Abbey is once again her only hope for survival, Maia gathers her people there for protection. When she discovers an adversary greater than she’s ever known, she must use all the magic, strength, and wisdom gained from her life’s trials to prevent the Void that would bring destruction to herself, her true love, and the entire kingdom.