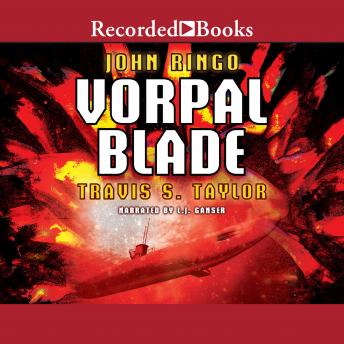 One of the unquestioned masters of military science fiction, New York Times best-selling author John Ringo teams with real-life rocket scientist Travis S. Taylor for this action-packed sequel to Into the Looking Glass. The alien Dreen are still a terrifying menace across the galaxy, but Earth has a new weapon-the first human warp ship. Aboard the Vorpal Blade, America's tough-as-nails Force Recon Marines seek the Dreen, hoping to bring the fight directly to them. '. deals with the arcane mysteries of quantum mechanics, lending . an absurdist twist appropriately reminiscent of Lewis Carroll.'-Publishers Weekly

This title is due for release on October 23, 2009
We'll send you an email as soon as it is available!