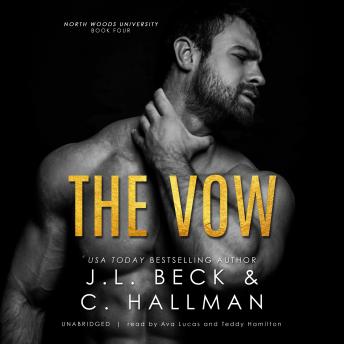 For the last ten years, he never stayed with a woman longer than it took to screw them. But then she walked in. Back then she was nothing but a little girl, but now she’s all grown up, with curves, and a smile that reminds him of everything he’s spent the last ten years trying to forget. His attraction to her is instant, and wrong, on so many levels. He’ll do anything he can to stop it, even make her hate him if he has to. She’s here to study, and he’s the newly appointed dean. He shouldn’t be tempted by a student, especially one who’s ten years younger. And he definitely shouldn’t be developing feelings for her, but he is. Because as badly as he doesn’t want to admit it, Lily just might be the one person to make him fall in love again.