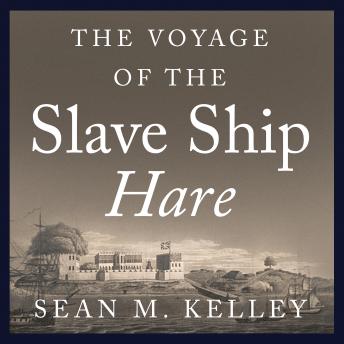 The Voyage of the Slave Ship Hare: A Journey into Captivity from Sierra Leone to South Carolina

From 1754 to 1755, the slave ship Hare completed a journey from Newport, Rhode Island, to Sierra Leone and back to the United States-a journey that transformed more than seventy Africans into commodities, condemning some to death and the rest to a life of bondage in North America. In this engaging narrative, Sean Kelley painstakingly reconstructs this tumultuous voyage, detailing everything from the identities of the captain and crew to their wild encounters with inclement weather, slave traders, and near-mutiny. But most importantly, Kelley tracks the cohort of slaves aboard the Hare from their purchase in Africa to their sale in South Carolina. In tracing their complete journey, Kelley provides rare insight into the communal lives of slaves and sheds new light on the African diaspora and its influence on the formation of African American culture.

In this immersive exploration, Kelley connects the story of enslaved people in the United States to their origins in Africa as never before. Told uniquely from the perspective of one particular voyage, this book brings a slave ship's journey to life, giving us one of the clearest views of the eighteenth-century slave trade.

Voyage of the Slave Ship Hare: A Journey into Captivity from Sierra Leone to South Carolina