Voyagers: The Settlement of the Pacific (The Landmark Library 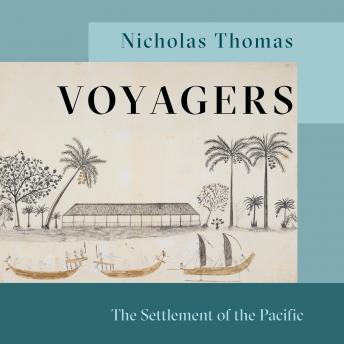 In Voyagers, the distinguished anthropologist Nick Thomas charts the course of the seaborne migrations that populated the islands between the Americas and the western coast of Asia from late prehistory onwards: firstly the colonization by speakers of Austronesian languages of the western Pacific littoral, from around 3000 BC, of the Philippines, Indonesia, Micronesia and Melanesia; followed by the later settlement, by Polynesian peoples, of Fiji, Samoa, Tonga, Tahiti, the Marquesas, Easter Island and eventually New Zealand, up to AD 1250.

Alongside a compelling narrative of this remarkable sequence of long-distance migrations, Nick Thomas describes the sea-going technologies that allowed these epic voyages to take place; the nature of the cultures that embarked on them; and the societies that emerged across Oceania in their wake.

Voyagers: The Settlement of the Pacific (The Landmark Library