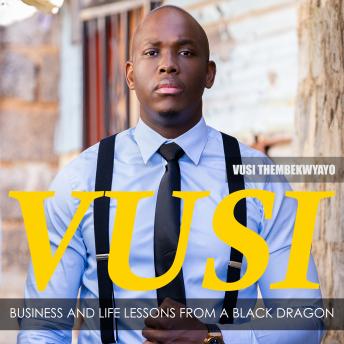 "I have learned the truth about the world: that it isn't as round as a tennis ball, and it isn't shaped like itself. It is shaped the way we shape it, according to the way we see it, the way we mould it to our ambitions and our destiny. I know the colour of who I am. I am a black man, running for my life, for my freedom, for opportunity born from struggle, possibility born from sacrifice. And I am running, too, for my father, who never became what he hoped to be, and who never got to see what his children would one day become." Maverick. Leadership genius. Self-made millionaire. Dragon.

The rock star of public speaking. Vusi Thembekwayo has been called many things. Join him in his inspiring journey from the township to the top echelons of South African business, to becoming one of youngest directors of a listed company and CEO of a boutique investment firm. As a Dragons' Den judge and a sought-after public speaker across the globe, Vusi doesn't just talk business - he lives it. Now you can learn the secret of his success and how to shape your own destiny.