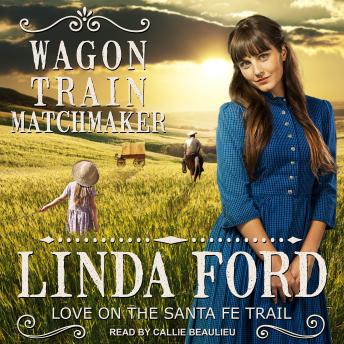 From an award-winning author with more than one million books sold, the third book in a new series of heartwarming historical romances about life on the Santa Fe trail.

Mary Mae Clark has learned the hard way not to trust what a man says. Broken promises have made her wary, and now she only wants to return to Santa Fe to help her friend Sophia keep her wee son.

Warren Russell has been freighting on the Trail for four years. He likes it that way. No ties. No family. No love. He doesn't deserve it after his neglect of his wife and small son resulted in their deaths.

But the accidental death of his best friend on the trail leaves Warren as guardian to the man's ten-year-old niece, Polly. He gratefully accepts Mary Mae's help with the child but only while they are on the trail. Then he and Polly will move on. Only Polly has other ideas. Matchmaking ideas . . .

Can Polly match Mary Mae and Warren in time for her to have a family for Christmas?