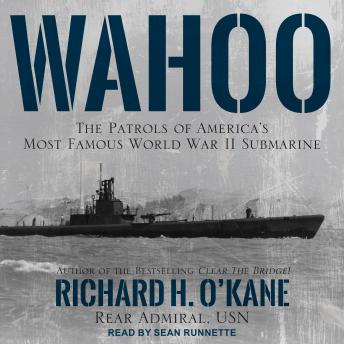 The career of the USS Wahoo in sinking Japanese ships in the farthest reaches of the Empire is legendary in submarine circles.

Christened three months after Pearl Harbor, Wahoo was commanded by the astonishing Dudley W. 'Mush' Morton, whose originality and daring new techniques led to results unprecedented in naval history; among them, successful 'down the throat' barrage against an attacking Japanese destroyer, voracious surface-running gun attacks, and the sinking of a four-ship convoy in one day. Wahoo took the war to Japan's front porch, and Morton became known as the Navy's most aggressive and successful sea raider. Now, her full story is told by the person most qualified to tell it-her executive officer Richard O'Kane, who went on to become the leading submarine captain of the Second World War.