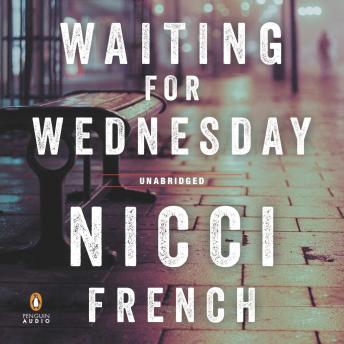 Nicci French’s Blue Monday and Tuesday’s Gone introduced the brilliant yet reclusive psychotherapist Frieda Klein to widespread critical acclaim, but Waiting for Wednesday promises to be her most haunting case yet.

Ruth Lennox, housewife and mother of three, is found dead in a pool of her own blood. Detective Chief Inspector Karlsson can’t piece together a motive and calls in Frieda, hoping her talents will offer a new angle on the case.

When it emerges that the mother was hiding a scandalous secret, her family closes ranks. Frieda herself is distracted, still reeling from an attempt on her life, and struggling with her own rare feelings of vulnerability. Then a patient’s chance remark sends Frieda down a dangerous path that seems to lead to a serial killer who’s long escaped detection. Is Frieda getting closer to unraveling either case? Or is she just the victim of her own paranoid, fragile mind? Because, as Frieda knows, every step closer to a killer is one more step into a darkness from which there may be no return . . .

Flawlessly executed, Waiting for Wednesday is a penetrating, twisted novel of murder and neurosis with a jaw-dropping climax that will linger in readers’ minds long after they have turned the last page.

This title is due for release on April 3, 2014
We'll send you an email as soon as it is available!